The San Fernando Valley is approximately 260 square miles of urban city living and recreation areas in Southern California. It is defined by the mountain ranges that encircle it and is home to a number of neighborhoods that fall under the jurisdiction of the City of Los Angeles, as well as several separately incorporated cities, including Burbank and Calabasas. If viewed as a city, the San Fernando Valley would be one of the six largest cities in the nation, but it was not actually designed to be a city and actually developed organically as a result of the natural geology of the region, including its water supply.

The area has a fascinating history that follows the growth of California and its inhabitants, from the Native Americas to the Spanish and Mexican residents to its final position as a part of the United States. The Valley is famous today for its affiliation with the movie business, as home to some of the biggest movie studios and film and production companies in the Los Angeles area, such as Disney and Warner Brothers. Many parts of the Valley are recognizable from their inclusion in major motion pictures and television shows throughout the history of film and TV.

The San Fernando Valley is home to nearly 2 million people. There are roughly 30 distinct neighborhoods within the valley, each with its own personality and geographical characteristics. We cover them all here.

The West is the newest part of the Valley and where you’ll find the cleanest air and most of the remaining nature. The hills around Calabasas and Agoura contain excellent hiking trails, not to mention the homes of many celebrities who enjoy the brand-new upscale homes being built there. Agoura Hills Agoura Hills sits in … San Fernando West Valley NeighborhoodsRead More »

The Eastern Valley is the densest urban portion of the Valley and contains a great deal of commerce. From Burbank to North Hollywood, you’ll find some of Hollywood’s largest studios and sound stages, not to mention a plethora of small post-production firms, scattered amongst the 1950s suburbs. Burbank Burbank is an incorporated city in the … San Fernando – East Valley NeighborhoodsRead More »

The Southern part of the Valley stretches along Ventura Boulevard. This is the cultural artery of the Valley and where you’ll find all the best eating and drinking venues. The very nicest homes are also found in the hills just South of Ventura. Canoga Park Canoga Park once went by Owensmouth and is a district … San Fernando – South Valley NeighborhoodsRead More »

The Northern part of the Valley is heavily residential and has some of the newer suburban homes of the area. Places like Northridge tend to be very commercial and apartment centric (for the students) but go north to Porter Ranch and you’ll find some very nice gated neighborhoods. Chatsworth A San Fernando Valley district that … San Fernando – North Valley NeighborhoodsRead More »

San Fernando Valley Things to Do

The often ideal climate and weather conditions, as well as the proximity to the Pacific Ocean, combined with more affordable housing options than are available closer to the coast, make the Valley a popular choice for people to live in. The San Fernando Valley also offers a number of city parks and recreational options for the outdoor enthusiast, including large areas of green like Balboa Park and Griffith Park. Opportunities for activities abound, including golf, hiking, horseback riding, cycling, and much more. It is also a shopper’s delight, with several major shopping and entertainment complexes as well as smaller, more atmospheric neighborhood shopping locales. 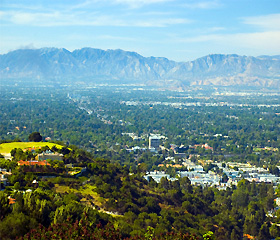 For tourists, there are a number of exciting attractions in San Fernando Valley, including theme parks, studio tours, museums, the historic sites of Hollywood, and the summertime fun of the beach communities. The San Fernando Valley can be accessed by flying into LAX and taking a trip up the 405 Freeway via car or by taking the Van Nuys Flyaway, which will deposit you in Van Nuys for far less than the cost of a taxi. However, the Bob Hope Airport in Burbank offers local access directly to the Valley and doesn’t suffer from the same congestion and traffic issues of larger airports. You can also reach the Valley by train (Amtrak) from nearby areas and there are local stations at the airport and in Van Nuys and Chatsworth. Having a car can be important in getting around such a sprawling metropolis, though there is a Metro, which you can take from North Hollywood or Universal City. It will take you through Hollywood and into Downtown for a nominal fee.

The San Fernando Valley is an exciting place to live or visit, with numerous opportunities for adventures and activities.

The San Fernando Valley has roots in many cultures, including that of the Native Americans, the Spanish, and the Mexicans. It is a place that was once settled by many tribes of Native Americans, a place where the locals lived off the fruits of the land, a tradition that still continues to some degree today and can be seen in the presence of small local farms and orchards. The Native American way of life gave itself over to the Spanish and Mexican ranch way of living and traditions began to fuse. Gold was found and horses roamed in an area that now has more people in it than live in several states combined.

Today, the ranches have been replaced by developments and major movie studios. Over the years the Valley became home to many famous people in the film business and still remains so to this day. The culture is no longer predominantly a mix of the original inhabitants, the Indians, the Spanish, and the Mexicans, but a melting pot of today’s current group of diverse cultures. People who live in San Fernando Valley seek out the diversity that the Valley offers. It now represents a famous slice of suburbia that has been captured in many well-known movies such as Boogie Nights, Chinatown, and Magnolia. The movies captured the essence of life in the Valley and people move to the Valley to become a part of that culture.

Since the development of the freeways, commuter trains, and buses that connect the Valley to downtown LA, people can make a choice to live in an environment that offers them a mix of urban and suburban life. Between the rich history of the past and the hopefulness of the future, the San Fernando Valley will continue to entice singles, families, and retirees to choose the Valley not only as a way of life but as their home.

Showbiz is the name of the game when it comes to the industry in the San Fernando Valley. Though the Valley was originally known for advances in aerospace and nuclear research as a result of the presence of companies like Lockheed, which developed aircraft and was located at Burbank airport, and Rocketdyne, headquartered in Canoga Park and developing rockets for NASA, the region is most famous for the industry that makes people famous. Some of the biggest studios that put out movies and television of Hollywood actually call the San Fernando Valley home, including CBS, NBC Universal, Warner Brothers, and Walt Disney. Every day, major motion pictures and television shows, as well as commercials and other projects are being filmed, edited, and produced on and around these studios. 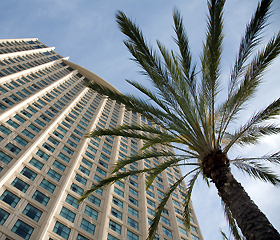 The presence of the movie business has brought a significant amount of tourism to the Valley, making that another important industry. Universal Studios is home to an entertainment and dining district, called CityWalk and a full-scale theme park, complete with rides, live shows, and a studio back lot tour. The opportunity to see locations from many famous films that were shot in the area, as well as the proximity to other major tourism sites, like Hollywood and the Pacific Ocean also make the San Fernando Valley a popular destination for travelers.

Agriculture used to be an important part of the Valley’s industries and plays a major role in the history of the region. Today, as a result of the rising property values, it has been reduced to small growers who largely sell in the local farmer’s markets that can be found in Valley cities like Burbank and Studio City on the weekends.