And the Complete Insiders Travel Guide to Los Angeles, California! With lots of daily updated articles on Los Angeles, California shopping, tours, nightlife, entertainment, the hot spots, and the dos and don’ts in LA written by experienced travelers and locals! Find your way around the tourists and discover what Los Angeles is really all about. Get information about How to get to Los Angeles and How to get around in LA. You will find up-to-date information about Hotels, Motels, and Hostels in and around Los Angeles, including availability and price, your best car-rental deals, and much much more! 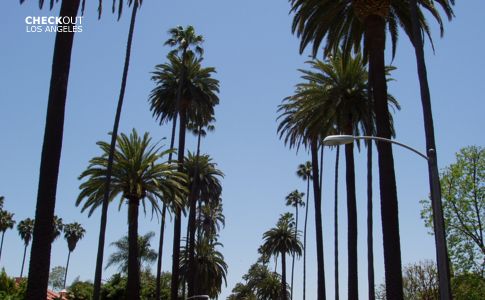 With articles on shopping, tours, climate & weather, nightlife, entertainment, theme parks, hot spots, and the do’s and don’ts written by experienced travelers and locals. You will find your way around the tourists and you will discover what Los Angeles is really all about. Get information about How to get to Los Angeles and How to get around in LA. You will find up-to-date information about Hotels, Motels, and Hostels in and around Los Angeles, including availability and rates, your best car-rental deals, travel insurance, and much much more. But we’ve made our site even better. We’ve included a completely new section: The Grand Tour. Explore California, Arizona, Nevada, and southern Utah with our guide for The Grand Tour. With maps and route advisories and helpful tips from experienced travelers and locals. Discover the mighty Wild West! 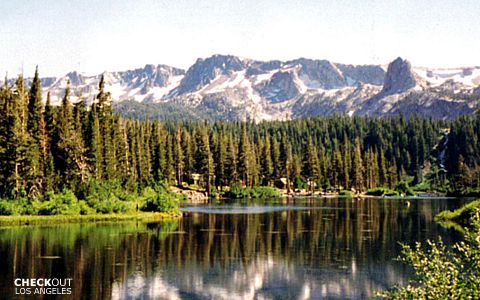 Los Angeles started out as a small farming town in an area inhabited by friendly Native American Indians. Under the rule of the Spanish King, a little town was founded in 1781 for the Spanish soldiers guarding this far-off territory of Spain. 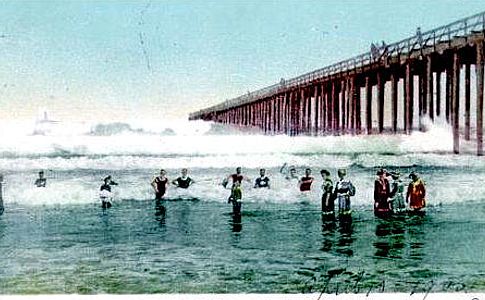 In 1821 Mexico declared her independence from Spain and many former Spanish explorers and former soldiers as well as new arrivals from the East Coast and Europe came and settled in Southern California. Most of them lived from their newly set up ranches or traded with people to the north, east, and south. In 1846 the Mexican American War began and the United States troops took, the then-established town of Los Angeles the following year.

Los Angeles, nowadays the second-largest city in the United States, after New York City is known for its Mediterranean climate, Mexican influence on architecture, the astonishing nature surrounding the city, and its Hollywood stars. This huge multicultural city, inhabiting around 4 million souls is also home to the largest Mexican, Korean, Salvadoran, and Guatemalan populations outside of those countries. Los Angeles has grown enormously since the late 19th century. 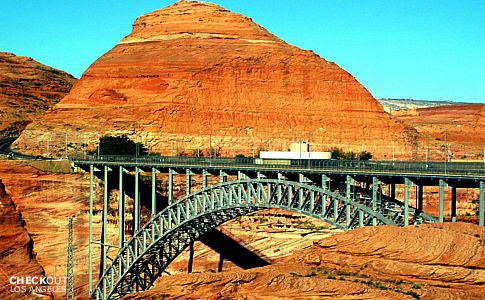 Half a century of movie-making has created the glamorous image of Los Angeles around the world. The city, with its palm trees, beaches, and swimming pools, has been idealized as the ultimate ‘American Dream for millions in the United States and abroad. To balance this out a bit, you could also find LA kind of big, overwhelming, and hard to get to know. But we agree with someone who wrote: “If you’re not prepared to embrace the dream, you’ll doubtless find it filthy, irritating, frightening or just plain dumbÃ¢â€šÂ¬. We say, check out Los Angeles for yourself and start using your imagination! 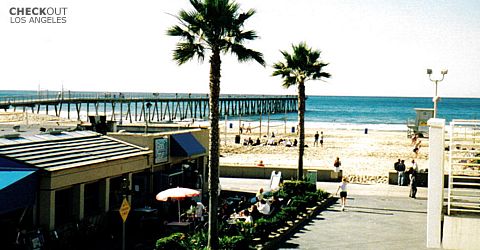 Los Angeles is the second-largest city in the US (behind NYC). West Hollywood, Santa Monica, Beverly Hills, and some other famous areas are actually separate cities, with their own city halls, mayors, police forces, and regulations, just happened to be enclosed, or ‘dominated’ by its big en further enlarging neighbor, the City of Los Angeles.

And, we think, Los Angeles is a ‘city’ you have to get to know. And you need to be a bit of a dreamer to really see, understand and appreciate its beauty and attraction to so many people from so many backgrounds. And we believe it is truly a magnificent place.

Los Angeles has a Mediterranean climate, with hot, dry summers and mild, wet winters. Temperatures vary widely from the desert regions to the high mountains, but July averages range from highs of 75° F (24°C) and lows of 63° F (17° C). January averages range from highs of 66° F (19° C) to lows of 48° F (9° C). The Pacific Ocean moderates the climate, providing a periodic layer of fog (or Marine layer) to the coastal areas, especially ‘visible’ in springtime when locals refer to it as ‘June Glume’.

Santa Ana winds often influence the weather. When these hot and dry winds set in from the desert and mountain area they keep the Marine layers away from the coastline and give the sun free play. The downside of these winds is the dangerous conditions they create or help sustain in wooded areas prone to wildfires. So be careful with (open) fire and always read the fire danger warning signs, when entering wooded areas, parks, and/or campgrounds. Basically, use your common sense, we would say. Oh, and beware of bears too!

When to go to Los Angeles?

Well, considering the climate, all year round is pretty good. However, we would avoid January through March (unless you want to attend the annual Academy Awards show aka ‘the Oscars’ in Hollywood), since these months are considered the rainy season. 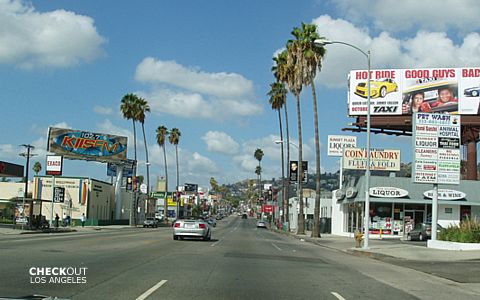 The best period, therefore, is April through December. And even more, specific spring and fall are usually a lot more convenient (fewer tourists) and affordable. Especially airfares in July and August can double! Check out our travel desk for more information on airfares, hotels, hostels, and car-rental options.

How to get to Los Angeles, California!

Most likely you’ll be driving into LA from some of the other major cities during your tour around California or you’ll fly directly (or connecting via other airports) into LAX, Los Angeles International Airport. However two more options are available, apart from taking a boat originating in Asia, you could either take a bus (for example www.Greyhound.com) or a train (www.Amtrak.com), departing from various US locations. The train ride through the Rockys or along the beautiful Californian coast is surely a very nice experience, but it will take some time and cost some money. Another downer (which also applies to Greyhound) is the fact that the train will drop you off at Union Station in Downtown LA. Not a place you wanna be ending up. 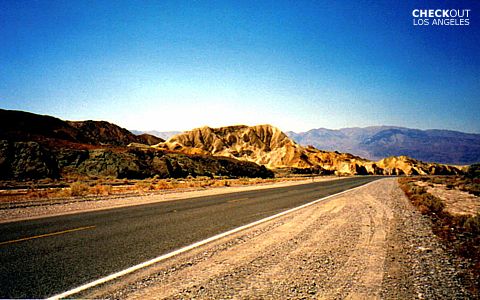 Anyway, when you arrive in town driving your own (rental) car we would suggest you skip to the next chapter. When you arrive at LAX, you’ll be arriving at the 3rd busiest airport in the world. Other, less busy, regional airports would be Burbank-Glendale-Pasadena Airport (BUR) is about 25km (15mi) northwest of Downtown, Long Beach Airport (LGB) is about 40km (25mi) south, John Wayne Airport (SNA) is about 65km (40mi) southeast in Santa Ana, Orange County, and Ontario International Airport (ONT) is about 65km (40mi) east. 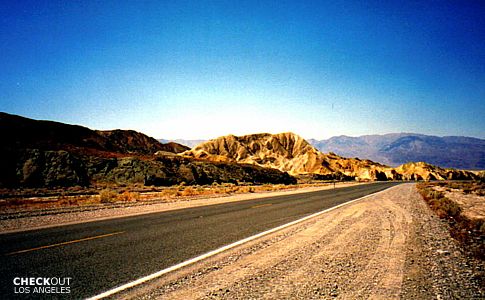 Yet again, Los Angeles International Airport (LAX) would be our best bet, considering most international (and domestic) airlines arrive and depart here. Getting out of LAX could take some time when you arrive on an international flight. It could take you up to two hours to get through Immigration and Customs. But it also depends a bit on your luck. Pick the right line! Also Checkout our ServiceDesk section for information regarding US Visa requirements.

From LAX you can get taxis, shuttle buses, and regular public transportation (however limited) into the city. But getting a rental car would be our best advice. It gives you flexibility, comfort, convenience, and some speed and is a fairly affordable option. And Los Angeles is a freeway beast! Check out our travel desk for car rental, if you want more information about car-rental options, prices, and locations.

How to Get Around in Los Angeles

As said Los Angeles is a freeway beast! A distinctive feature of the Los Angeles region is its organization around the principal freeway corridors. The central east-west corridor is the Santa Monica Freeway (I-10), which carries hundreds of thousands of vehicles every day through a string of urban commercial centers from Santa Monica on the Pacific Ocean to Palm Springs in the Mohave Desert. Three freeways link the region’s central districts in the northwest-southeast direction, paralleling the Pacific Ocean: the San Diego Freeway (I-405), the Harbor-Pasadena Freeway (I-110), and the Golden State Freeway (I-5). The major freeway interchanges each handle hundreds of thousands of vehicles every day, and the entire regional system carries millions of vehicles each day. 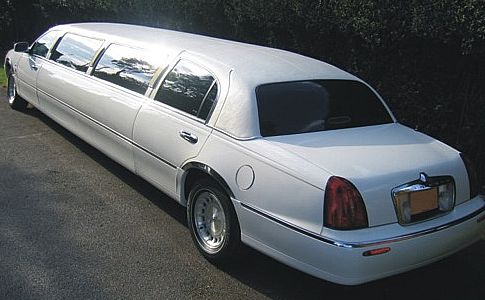 Anyway, we would strongly advise you to get a rental car. It’s affordable, safe en very convenient. Of course, safety also depends a bit on your driving skills.

Where to stay in Los Angeles (LA Hotels & Hostels)

We checked out many places. We stayed many times in the South Bay Area, consisting of the cities of Redondo Beach, Hermosa Beach, and Manhattan Beach discussed more in detail below in the tourists. We stayed in Hollywood, Venice Beach, Los Angeles, and Santa Monica. And although it depends a bit on the purpose of your trip, we always find Santa Monica a good starting point for exploring Los Angeles. 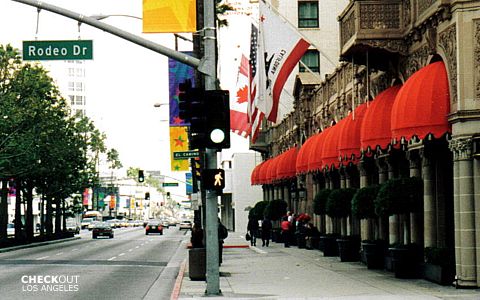 Here you will find lodging in all price ranges and Santa Monica is a friendly neighborhood with easy access to LA’s main freeways and service roads. Besides Santa Monica has its famous Santa Monica Pier, where the historical route 66 from Chicago ends, the 3rd Street Promenade for convenient shopping, and is close to Venice Beach. To give you a bit broader advice and more options to choose from make at least sure that your Hotel, Motel, or Hostel is located West of Highland Avenue and avoid areas such as Inglewood, Compton, and South-Central Los Angeles.

Where to eat in Los Angeles?

In de 15 years we’ve been checking out the area, I think we’ve been to a lot of different restaurants, yet haven’t seen more than maybe 5% of LA’s offerings. The place is huge! But don’t let that put you down, let it pick you up! Los Angeles is big but feels more like a big village, an endless village because of its history and the relatively small percentage of tall buildings. Los Angeles is an area connecting many cities, such as Santa Monica, Beverly Hills, and West Hollywood, and therefore has many ‘city centers’. 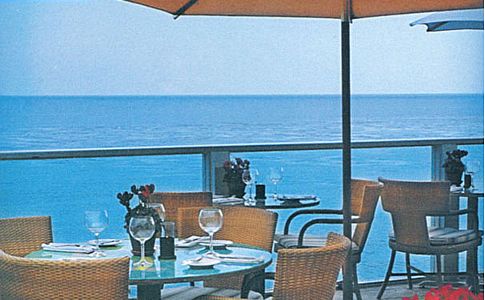 For some people a reason to criticize LA for having no heart. We think it is an opportunity to explore more when driving from one area to the next, from the chic and upper class of Beverly Hills and Bell Air to the Californian Beach cities in the south. Finding a place to eat is therefore not difficult. LA harbors people from many ethnic backgrounds and you’ll find as many types of restaurants as well. However, mainly staying in and around the tourist area you probably end up in a steak restaurant or sushi bar. And when you’re in for a burger and fries, you’ll find it on every street corner. Famous for burgers and only found in California is In-N-Out. Try the Westwood location (check out www.in-n-out.com). It’s fast food, but good!